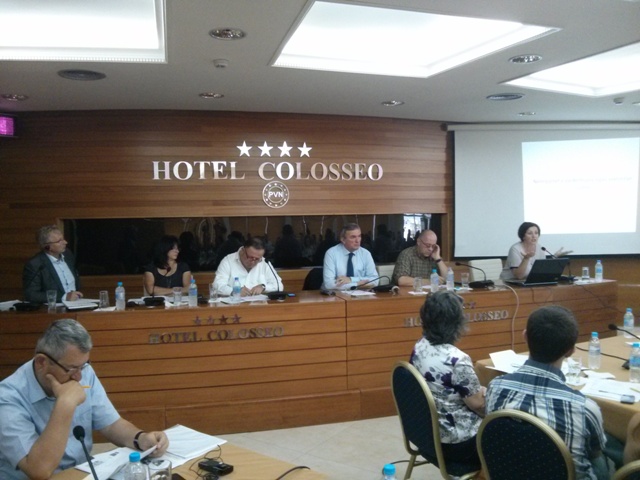 On 17 July 2014, at Hotel Colosseo, ran III Regional Seminar entitled “Developing sub regional and identifying pilot projects”. This seminar was organized by the Council of Shkodra and RDP (Regional Development Programme, Northern Albania) in the scope of consolidation of strategic documents and completing action plans, consistent with the dynamics of development of the territory of two counties, Shkodra and Lezha.

The main objective was on identifying key initiatives and projects, implementation of which contributes to the strengthening of sectoral potential and realization of strategic objectives for counties. The seminar was attended by representatives of administrations, local government units, regional directorates and civil society from both counties. Seminar welcomed by Mr Maxhid Cungu, who in his speech praised the work done in terms of capacity building for the administrations of the two levels of local government but also to increase the possibility of attracting funds already programmed and the way according to a more advanced level, in line with the new status that Albania has already won as a candidate country for the EU. Mr. Olaf Haub, Director RDP did a short story outlining process steps are followed so far in the entirety of the program. Representatives from both administrations Ms. Jorida Kurti, specialist of the Department of Coordination and Development and Ms. Linda Maci, Director of Development, (ie regions of Shkodra and Lezha) presented the work carried out to identify projects, procedures followed, partners in the process. Also Mr. Carl Reiner, tourism specialist made an intervention on the input in the development strategy of tourism destinations, as an important part of economic development circles. Working in groups and identification of projects was the successful seminar.